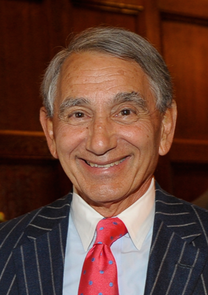 The company has earned recognition among its industry peers by being named the Accredited Management Organization (AMO) of the Year in 2019 by the Boston Metropolitan Chapter of the Institute of Real Estate Management. In early 2020, First Realty was named Management Company of the Year by the Community Association Institute – New England, the leading professional association to serve condominium and homeowner associations in the region.

It was Bill’s early career as a public defender, which opened a door into what would become a commitment to youth and academics in affordable housing.  As a public defender, Bill observed children from poor neighborhoods around Boston entering the court system at an alarming rate and thought about what steps could be taken to reduce recidivism and break this cycle.

As president of First Realty Management, Bill pioneered programs and created community space within First Realty’s portfolio to improve resident lives and create a sense of community. Through the company’s management model, First Realty and its properties have won numerous regional and national awards for exemplary housing.

Bill initiated after school educational programs for youth living in the portfolio’s affordable properties, long before HUD created the resident services program. Bill became personally involved in creating an Honor Roll club for residents who achieved a B average or above for the year, and handed out diplomas to each scholar annually at a special event held in their honor.

Bill created a partnership with the Harvard Graduate School of Education to provide tutoring and mentoring programs, and after-school educational kits for elementary school aged children at First Realty properties. He expanded the relationship with the Harvard Graduate School of Education, to include an annual First Realty Academic Olympiad, held at Harvard, in which residents from first grade to seniors in high school, competed in a full day of academic competition for the “President’s trophy”. Bill opened the program each year, promoting the importance of education, encouraging residents to excel in school, to strive to attend college and to remember to put their participation Academic Olympiad at Harvard on their college applications. He also encourages seniors in high school to maintain their grades and to apply for the NAHMA Educational Foundation Scholarship Program.

Bill has matched his hands-on approach with youth and academic achievement, with his philanthropic participation in causes that facilitate access to education including the NAHMA Educational Foundation Scholarship Program as a member of the Foundation’s Leadership Circle. He is a role model and leader in this industry, who has made educational opportunities possible for youth in his properties and for so many.

Married 55 years, Bill and his wife Lynn have two daughters, Kathryn and Kimberly.